WATCH: Riddle vs. Omos After SmackDown Went Off Air 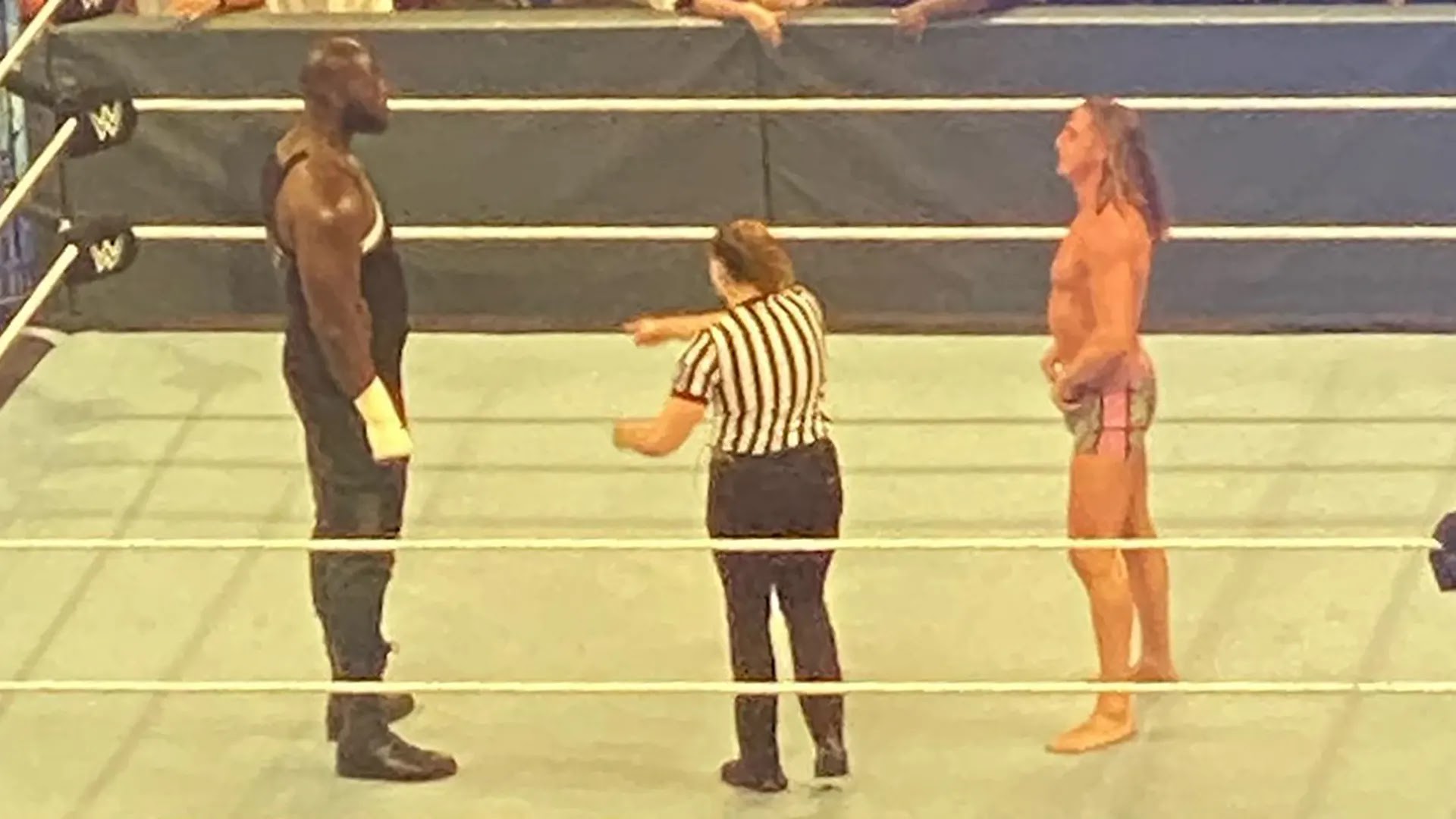 This week’s Friday Night SmackDown took place from Amway Center in Orlando, Florida.
There were two matches that took place before SmackDown airing on FOX. PWInsider reported that Raquel Rodriguez has picked up a victory by defeating Sonya Deville, and Los Lotharios defeated Ricochet and Drew Gulak.

In the main event of this week’s SmackDown, Angelo Dawkins was able to defeat Jimmy Uso after hitting his sky-high finishing move. However, Jimmy Uso’s shoulder was up when the referee counted three. After the match, Adam Pearce announced that Jeff Jarrett would be the special guest referee for the match between The Usos vs. The Street Profits for the Undisputed WWE Tag Team Championship at SummerSlam. Then, both teams were started brawling, and the show ended with referees coming to separate the two teams.

After SmackDown went off the air, Riddle faced Nigerian Giant Omos. But the match ended in a disqualification after MVP interfered in the bout. MVP pushed Riddle while Riddle was on the top rope, and Riddle won the match by disqualification.