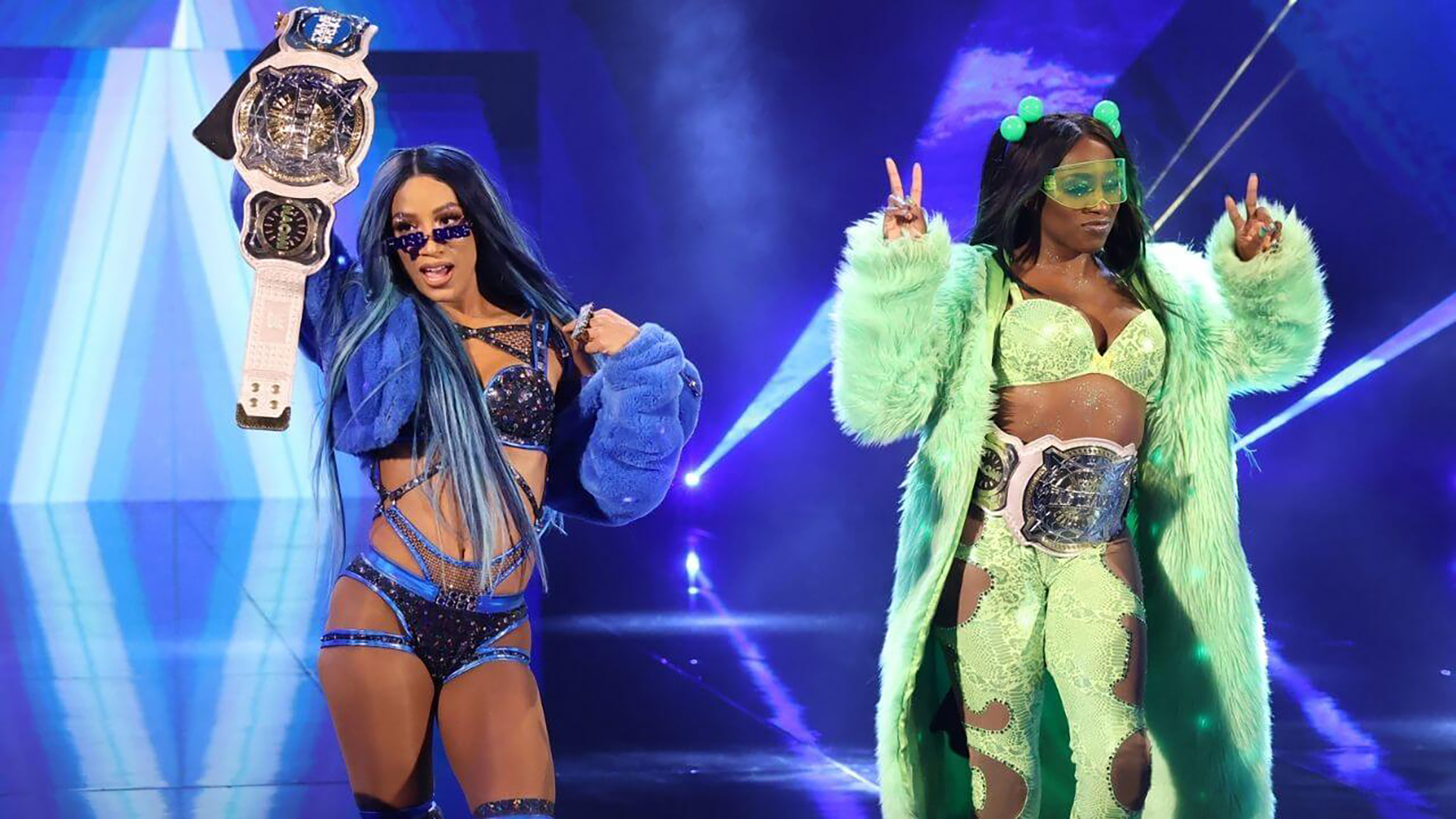 Sasha Banks and Naomi’s walking out incident on Monday Night RAW made huge headline throughout this week. Previously Dave Meltzer of Wrestling Observer noted that Naomi’s WWE contract is set to expire soon. Meltzer also stated that before her walk out she was in talks for a new contract. At this point many fans want to know that what the future holds for Sasha Banks and Naomi.

During The Masked Man Show former WWE writer Kazeem Famuyide stated that Sasha Banks and Naomi’s WWE contracts are set to expire within the next two months. He was also noted that prior to their WWE RAW walk out both superstars were in talks for a new deal.

I did hear that, you know, their contracts were in negotiations for renewals. I don’t know how soon it is, but I think Sasha and Naomi’s contracts were set to expire within the next two months already, so that’s another caveat there where it’s like, ‘OK, what happens if their contracts just run out while they’re doing this?’

I don’t know, there’s so much unspoken, there’s so much unknown with this situation that I don’t want to be that person who’s just irresponsible just spewing things recklessly like people tend to do in the [wrestling] podcasts. I’m just saying what I know and, you know, you do with that information what you will.

Tonight’s SmackDown is schedule to take place in Grand Rapids, Michigan. According to a latest report from PWInsider, Sasha Banks and Naomi will not appear on tonight’s show.

Naomi’s husband Jimmy Uso is in Michigan for the taping tonight but Naomi did not travel with him, according to WWE sources.

Sasha Banks has not been seen in Michigan, and a long-time Elite subscriber sent word last night that Banks was on the same flight as her going to Minneapolis from Orlando.

Seems like Banks and Naomi’s situation getting bad to worst day by day. Recently Brad Shepard reported that both superstars removed from all WWE live events.

We will update you when we receive more details about this incident. Stay tuned with The Spotlight.