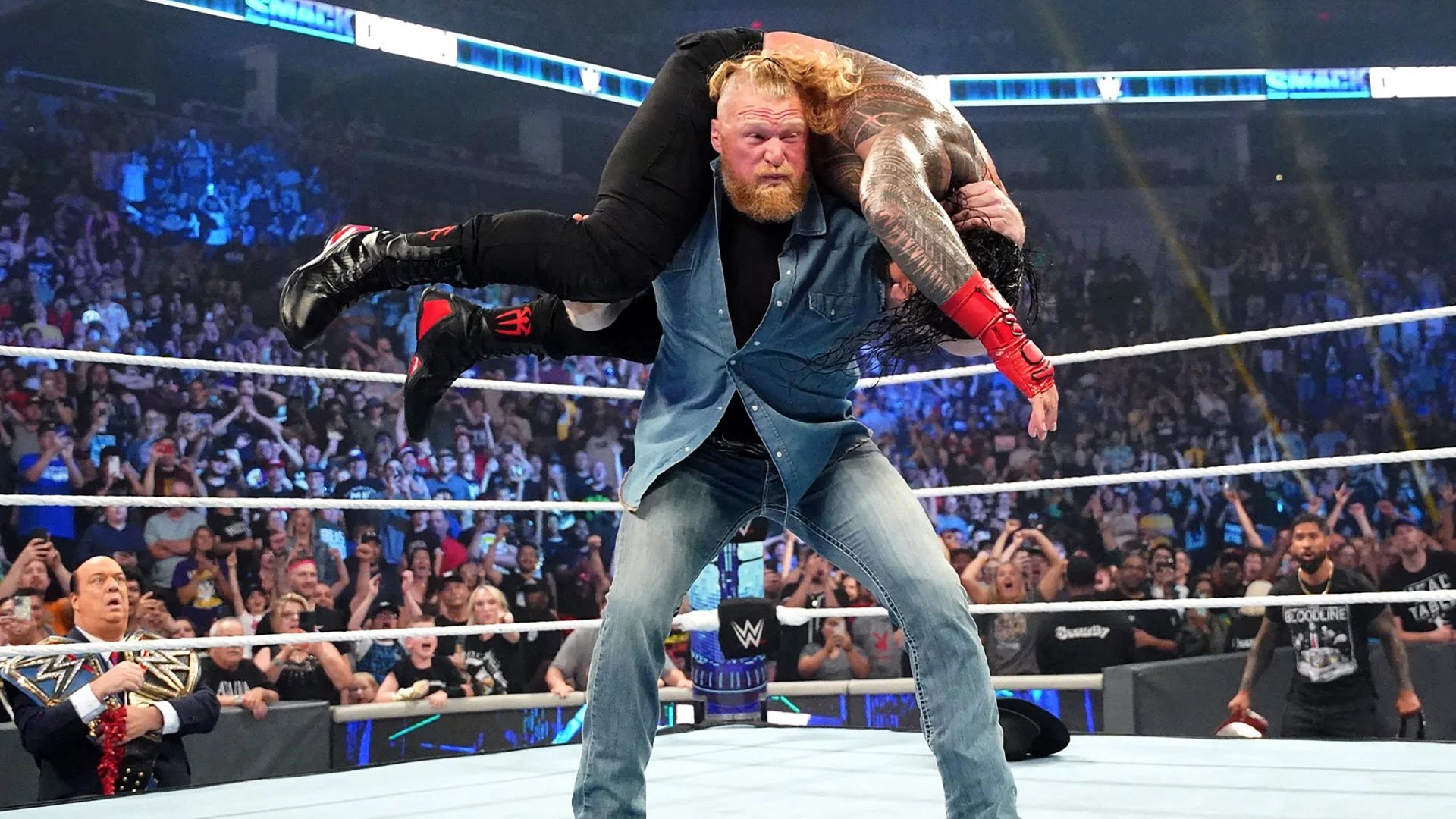 Roman Reigns retained his Undisputed WWE Universal Championship by defeating Riddle in the main event of last night’s SmackDown. Following the match, Brock Lesnar made his shocking return, and he attacked The Bloodline. Lesnar was last seen at WrestleMania 38, where he lost to Reigns in a Winner Take All Championship Unification match.

After Lesnar’s return, WWE has announced that Brock Lesnar will be challenge Roman Reigns for the Undisputed WWE Universal Championship in a Last Man Standing Match at SummerSlam on Saturday, July 30th at Nissan Stadium in Nashville, Tennessee.

Roman Reigns was supposed to face Randy Orton at SummerSlam. However, the match has been canceled due to Orton’s severe back issues. The Viper may be out of action for the rest of the year. We previously updated Randy Orton’s injury states. If you miss it, you can read more by clicking here.

Sean Ross of Fightful Select reported that Brock Lesnar’s return was planned three weeks ago, which means Lesnar’s appearance on SmackDown is not a sudden decision to forget Vince McMahon’s scandal.