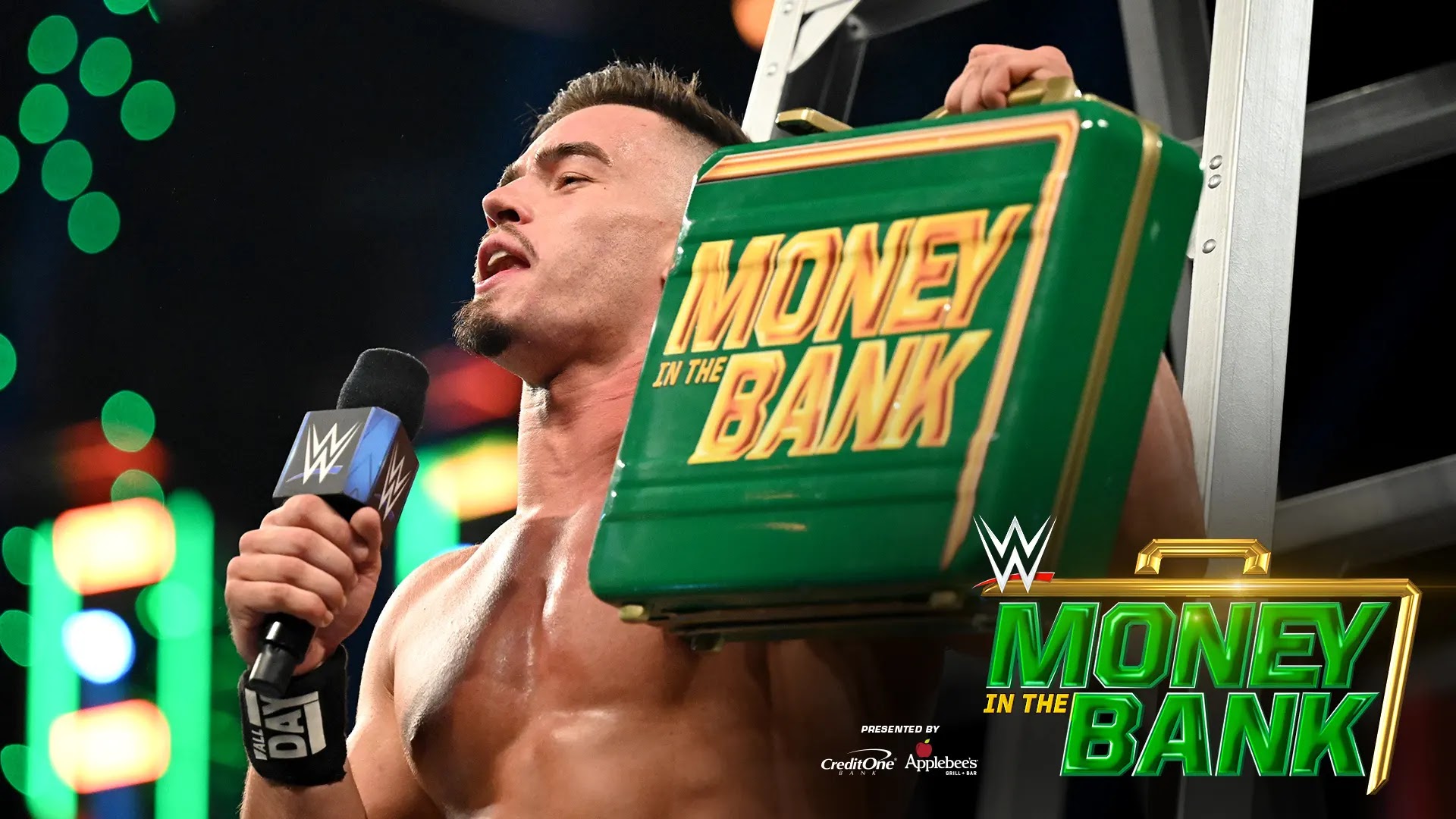 WWE has a huge plan for Theory, and he will be the superstar that carries the company for the next several years. Currently, He is aligning with Vince McMahon as Mr. McMahon’s handpicked protégé.

Theory lost his United States Championship to Bobby Lashley at Money in the Bank last night. However, that loss won’t hurt his momentum because he was added for the Men’s Money in the Bank Ladder Match later by Adam Pearce.

Theory was able to grab the Money in the Bank briefcase last night, and now he will have a guaranteed Title opportunity. While Theory was celebrating his victory, Happy Corbin brutally attacked Pat McAfee.

Later, Mr. Money in the Bank did an arrogant promo about himself to the fans at the arena. Also, Theory mocked John Cena during the promo.

After #MITB Theory cut a promo celebrating his big win and blasted @JohnCena saying his time is now@Nick_Hausman pic.twitter.com/1a50U1t8RQ

Theory and John Cena had a heated altercation this past Monday Night RAW. Both superstars are rumored to face each other at the upcoming SummerSlam.