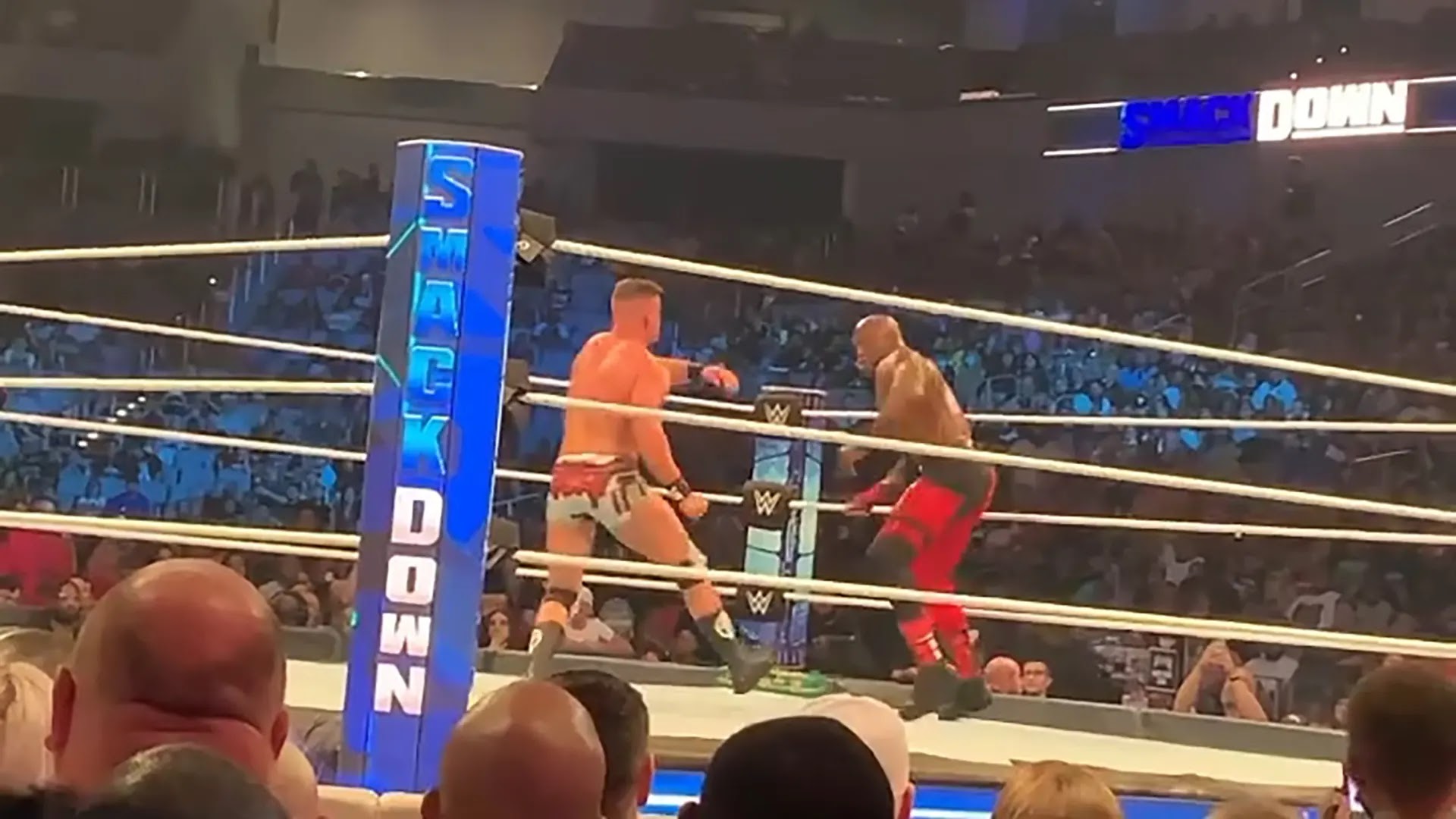 The Bloodline was kicked off this week’s Friday Night SmackDown, and Paul Heyman did a very aggressive promo on behalf of Roman Reigns. Heyman said fans would see a violent Roman Reigns in the upcoming SummerSlam match against Brock Lesnar. After Heyman’s promo, Mr. Money in the Bank Theory came out, ran around the outside of the ring to tease a cash in then left.

During a backstage interview, Theory said he would be cash in his MITB contract on the winner of the last man standing match at SummerSlam.