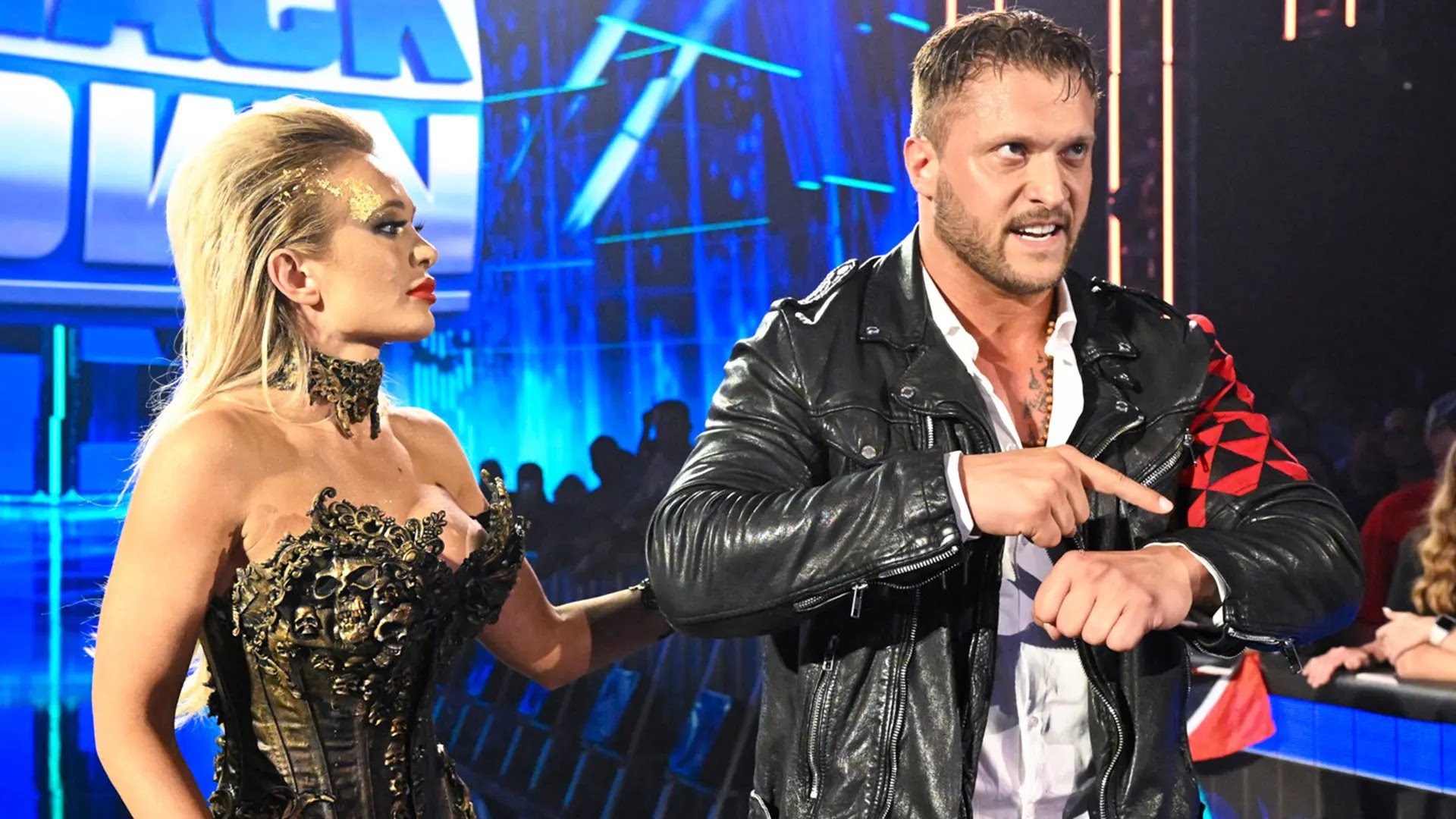 During the closing segment on last night’s episode of SmackDown, Roman Reigns did a promo to address his Clash at the Castle opponent Drew McIntyre. While Reigns’ promo, McIntyre interrupted and tried to confront him. Then, Karrion Kross made his shocking return and attacked McIntyre. Also, Kross indicated that he is ready to challenge Reigns for the Undisputed WWE Universal Championship.

The company released Karrion Kross alongside Scarlett last November due to budget cuts. Now both of them are back in WWE thanks to Triple H in charge of WWE.

Fightful Select reported that Karrion Kross was added to the storyline between Drew McIntyre and Roman Reigns. The report also noted that a pitch has been made for Kross to challenge Reigns’ one of the titles, instead of both titles. Fightful Select further added that USA Network has wanted a World Title to be featured for Monday Night RAW as Reigns rarely appears on the show.

It looks like Roman Reigns will have to drop one of the titles near future, more likely in the next WWE premium live event.