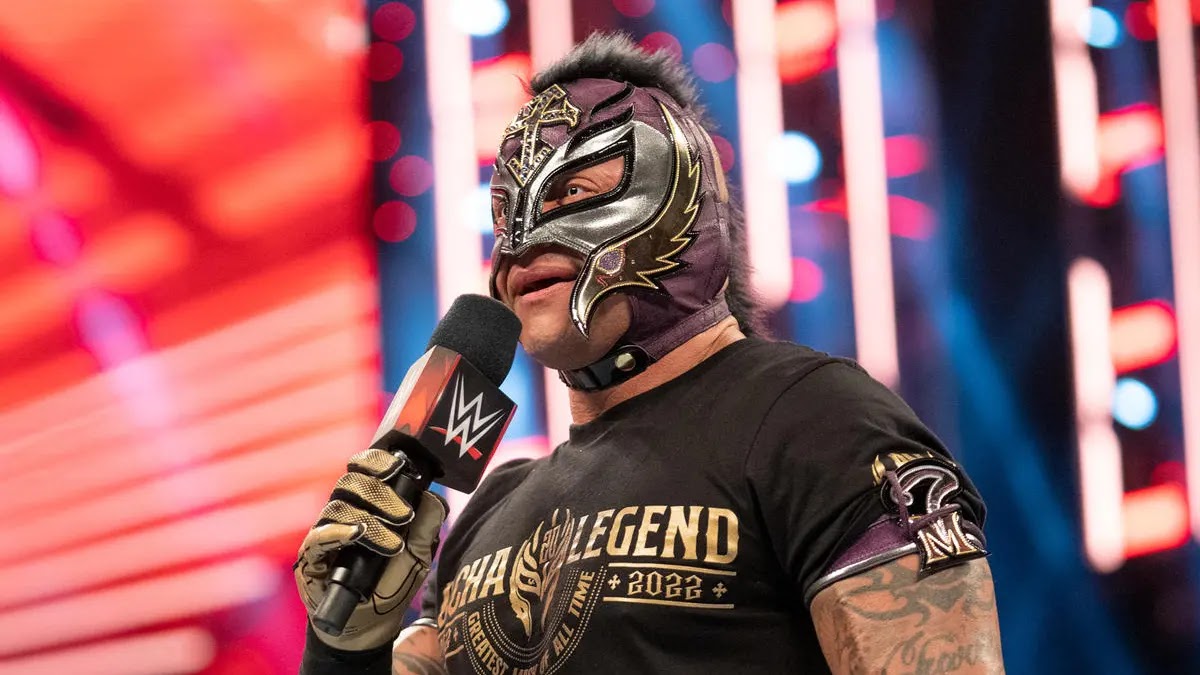 Rey Mysterio is one of the iconic superstars in WWE and in this week’s Monday Night RAW, Rey celebrated his 20th anniversary with the company. The former world champion faced numerous legendary opponents throughout his career and fans still talking about his rivalry with Eddie Guerrero.

During an interview with BT Sports’ Ariel Helwani, Rey Mysterio discussed his retirement date from in-ring competition. 47-year-old luchador stated that he doesn’t want to wrestle after passing the age of 50.

It’s funny because they don’t prep you up now like they do for NFL players. For wrestling, I’ve always heard from others that they just go until they can’t anymore. There’s really no start and end date. You just run through it until you can’t or until you step away to do something else.
For me, now that I’m getting closer to my fifties and I see my son wrestling, I tell myself that I wanna go three more years and I don’t wanna go past fifty. But then I remind myself, what if I feel good. Can you still go another year? As of right now, my date has always been to not go over fifty.

It’s hard to believe that Mysterio is now almost 50 years old because he’s performing high-flying moves like he was in his 20s. Rey Mysterion and his son Dominik are scheduled to face The Judgement Day members Finn Balor and Damien Priest in a No Disqualification Tag Team match at SummerSlam this Saturday.