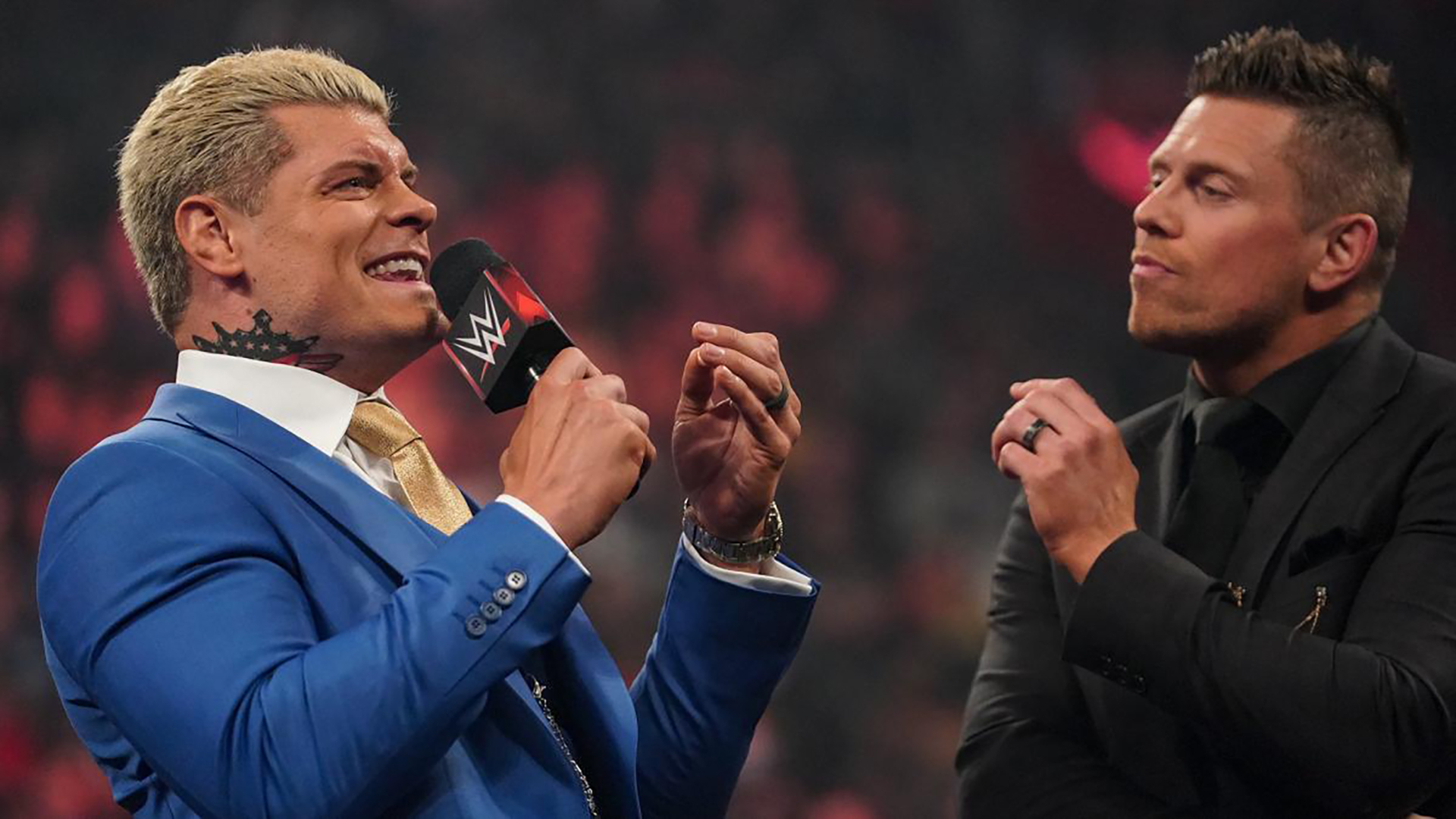 According to Dave Meltzer, “This is all scripted. His gimmick apparently is that he gets to say the words that nobody else get to say and gets corrected.”