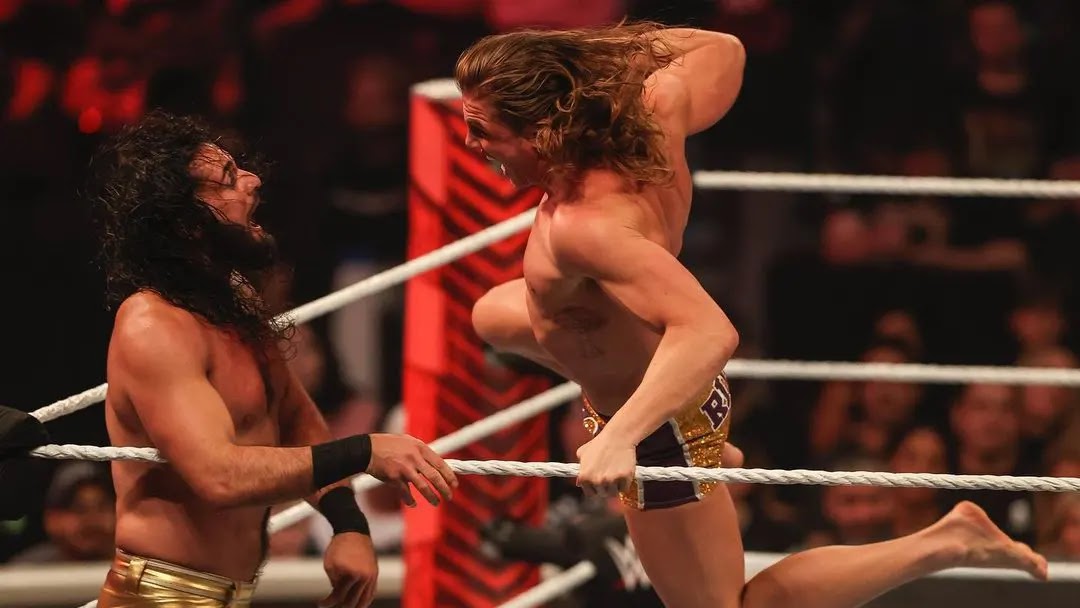 Last night Kevin Owens made his WWE return on Monday Night RAW and hosted a “KO Show” with the special guest Riddle. During the segment, Owens invited Riddle to be his tag team partner, and Owens named their team “Bro-KO.” Riddle refused Owens’ offer and said that Owens was the biggest liar.

Then, Seth Rollins’ theme music was played, and Rollins came through the crowd to attack Riddle from behind. Later, WWE announced that Seth Rollins would be facing Riddle at SummerSlam on Saturday, July 30th in Nashville, Tennessee.

The fans at the Amalie Arena in Tampa, Florida had a chance to see a preview of the Seth Rollins vs. Riddle match at SummerSlam. Rollins and Riddle faced each other after WWE RAW went off the air.