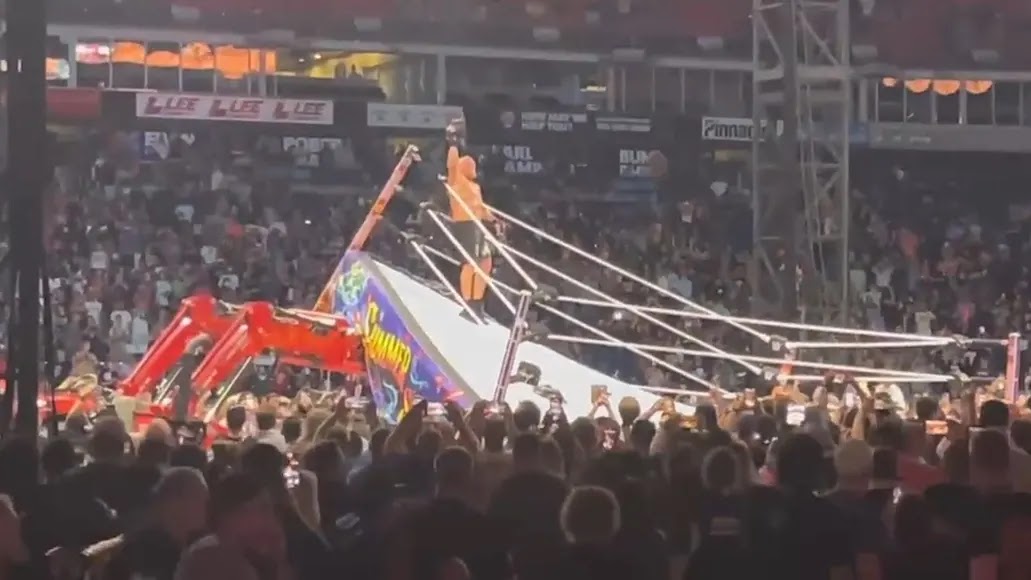 Despite having rematches on the show, it was widely praised by many fans. In the main event, Roman Reigns defended his Undisputed WWE Universal Championship against Brock Lesnar in a Last Man Standing match and their bout had numerous crazy spots. At one point during the match, Lesnar drove a tractor and lifted the entire ring while Reigns was inside the ring.

However, Roman Reigns retained his Undisputed WWE Universal Championship after Lesnar buried under the announcers’ table and several other objects.

After SummerSlam went off the air, Brock Lesnar came to the destroyed ring, and fans at the stadium gave him a standing ovation.

Brock Lesnar climbed into the broken ring after #SummerSlam was over. pic.twitter.com/V7O1XcU5P4