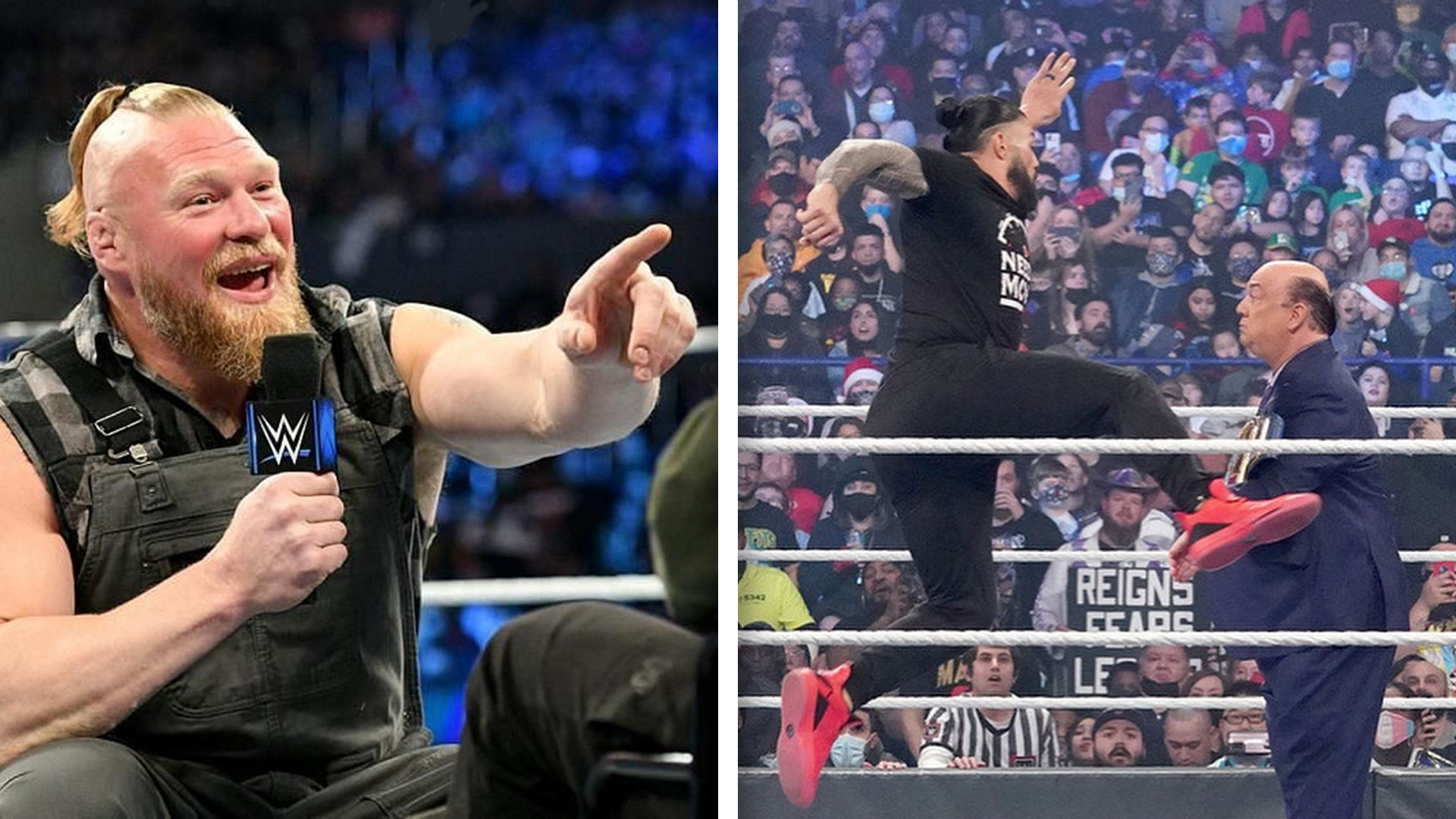 In the main event segment of this week’s SmackDown, Roman Reigns fired Paul Heyman. Reigns superman punched Heyman and then he tried to attack Heyman with a chair. Brock Lesnar came to the ring and saved Paul Heyman. However, that wasn’t originally planned as a final segment.

Sean Ross of Fightful Select reported that, “Originally Roman Reigns was set to open Smackdown on December 17 with an in-ring promo, which was moved to the main event spot. Usos vs. New Day was slated internally to main event, and was adjusted.

A sit-down interview of Brock Lesnar was originally planned, but it didn’t happen. Charlotte Flair and Shotzi vs. Sasha Banks and Toni Storm match took place on this week instead of next week’s SmackDown.

Toni Storm vs. Charlotte Flair match was scheduled to take place this week. But it got postponed to the following week.”

After this week’s SmackDown, here are the updated card for WWE Day 1.

We will update you when WWE announced more matches for Day 1. Stay tuned with The Spotlight.