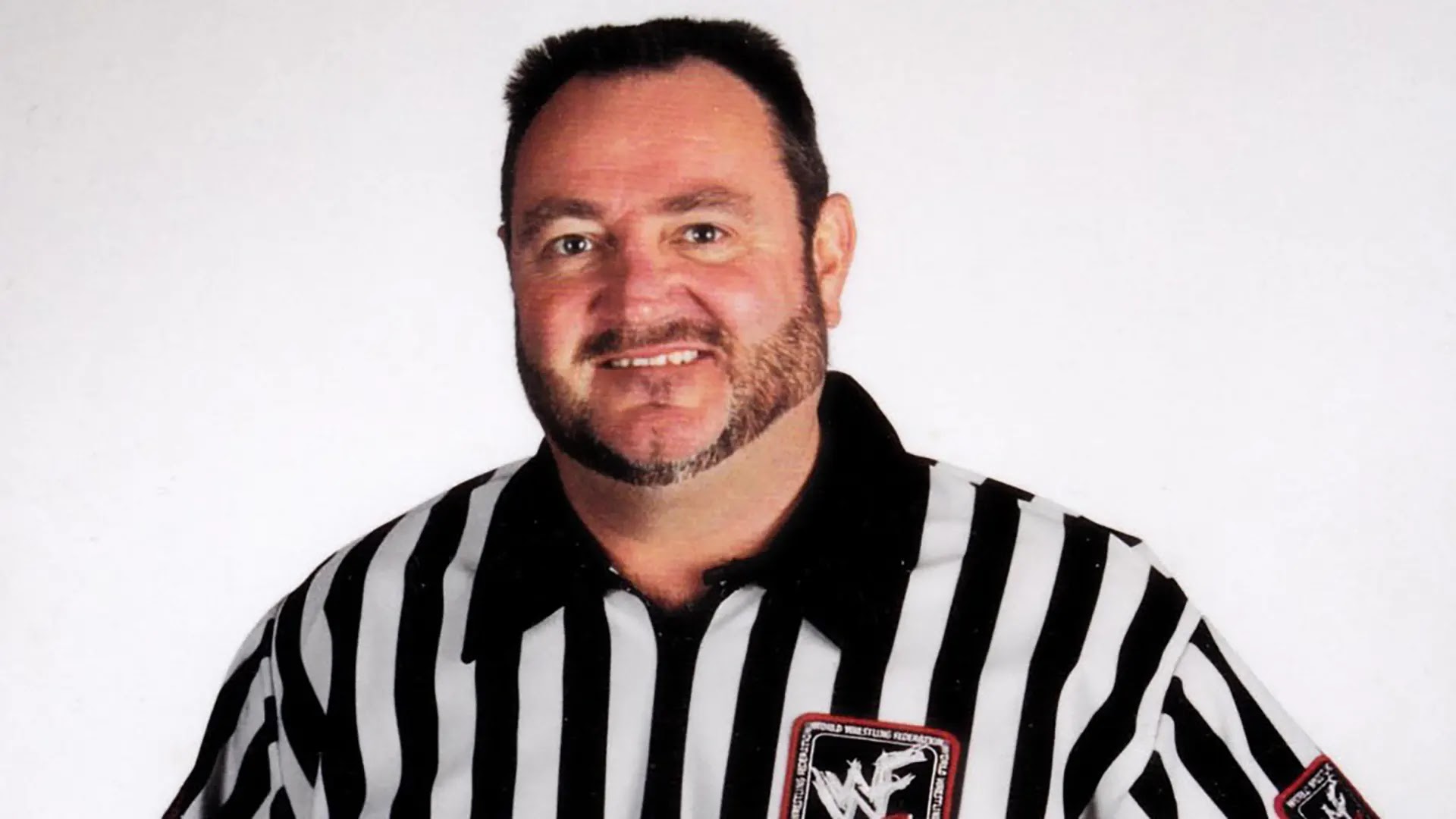 Former WWE referee Tim White passed away at the age of 68. The exact reason for the death has not been revealed yet.

Tim White started his WWE career as a referee in 1980 and was part of the most memorable matches, including The Undertaker vs. Mankind King of the Ring pay-per-view in 1998.

During the Hell in a Cell match between Chris Jericho and Triple H at WWE Judgement Day in 2002, White suffered a shoulder injury. He was returned at WrestleMania 20 to refereeing the matches but re-injured his shoulder. That shoulder injury short his long-time WWE career. Following his injury, he worked as a backstage official and talent agent until 2009.

WWE is saddened to learn that long-time referee Tim White has passed away.
For more than two decades, Tim White was a dedicated WWE referee and official. White began his illustrious career in 1985 working with Andre the Giant and as a part-time referee.
During his tenure, he was the referee for some of WWE’s biggest matches, including the infamous Hell in a Cell Match between Undertaker and Mankind at King of the Ring 1998.
A shoulder injury effectively ended White’s in-ring career, but White still remained a major part of WWE working behind the scenes as an official and talent agent until 2009.
WWE extends its condolences to White’s family, friends and fans.

Several wrestlers have expressed their condolences.

Saddened to hear about both Dave Hebner and Tim White. Both incredible men I was privileged to spend time with in and out of the ring.
My thoughts are with their families.

I lit up every time I saw this man! Tim White often was the man tasked with shepherding us at appearances and conventions the last several years. He was always extraordinarily kind and warm. I will miss you, my friend. My deepest condolences to his family and friends. pic.twitter.com/fZm0Fq1sRj

I spent some time with Tim White doing Comic-Cons and other signings. He always brought a smile to everyone around, made us all happier just cause he was around. Gonna miss him. 💔

This breaks my heart. I truly loved seeing Tim White and getting to know him over the years. He was always such a positive happy person. He will be so missed. ❤️❤️❤️ https://t.co/H28tfSU1H2

Man we have lost a great guy. Tim always made me feel like much welcomed family. My condolences to the White family R.I.P Tim White pic.twitter.com/5Ttkdk3eJY

TIM WHITE I LOVE YOU FOREVER. WHAT A WEEK BUBBA MY HEART BREAK pic.twitter.com/y8yiYPiA3R

I’m deeply saddened to hear of the passing of my dear friend Tim White. My deepest condolences to his family. A great man, referee and person. We’ve laughed so hard together we’ve both had tears in our eyes. There’s not a better way to remember you. Rest well.x

I’m absolutely gutted. Timmy, thank you for the laughs, your advice, amazing stories and great times. I love ya fella 💔 pic.twitter.com/POkSM8s2Uu

I’m Saddened To Hear About The Passing Of Two Of My Friends- Dave Hebner & Tim White. I’m Grateful To Have Known Both Of These Incredible Men. Rest In Peace! 🙏🏻🙏🏻🙏🏻 pic.twitter.com/xrjWQ9ras7

#RIP Tim White – Timmy was always so great to me & was a huge supporter of The Hardys. He was the kindest, most fair man you could ever meet. My thoughts go out to his family & loved ones – Rest in power, my friend. pic.twitter.com/5Brwqyv2wr

No not Tim White.. 🥺 heart of gold. Always the nicest person in any room he was in. I’ll miss his Andre the giant stories and hugs. Lucky to have known such a great human. RIP Tim ❤️ https://t.co/rJmd4tZDcz

Very saddened to hear of the passing of Tim White. I always looked forward to seeing Tim. Last time was around Christmas. As always, Tim as as warm, genuine, and full of life as usual. I’ll miss hearing your stories. See ya down the road.