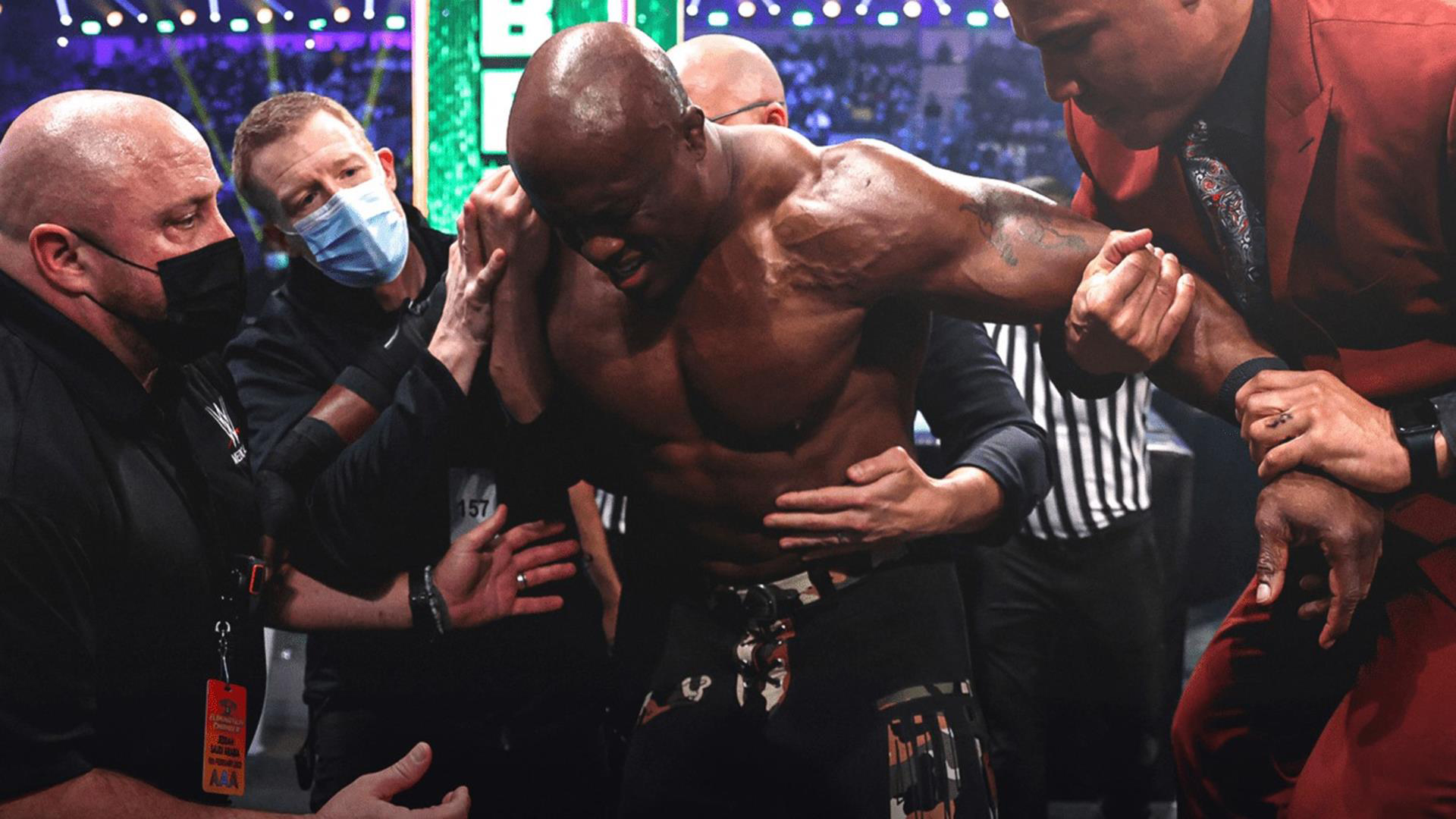 During Men’s Elimination Chamber match, Bobby Lashley was taken to the back after Seth Rollins powerbomed Austin Theory into his pod.

Following the match, WWE announced, “Bobby Lashley has entered concussion protocol and will travel back to the United States under medical supervision to undergo additional evaluation.”

The injury angle was likely a part of the storyline to get Bobby Lashley out of the match without getting pinned. However, PWInsider reported that there’s a much bigger reason for Lashley being taken out of the Elimination Chamber match.

Lashley is slated to get looked at sometime this coming week in Birmingham, Alabama, which is where Dr. James Andrews, who handles a number of WWE talent surgeries, is situated. Whether this means Lashley will miss RAW this Monday or not we haven’t confirmed.

We will update you when we receive more details about Bobby Lashley. Stay tuned with The Spotlight.