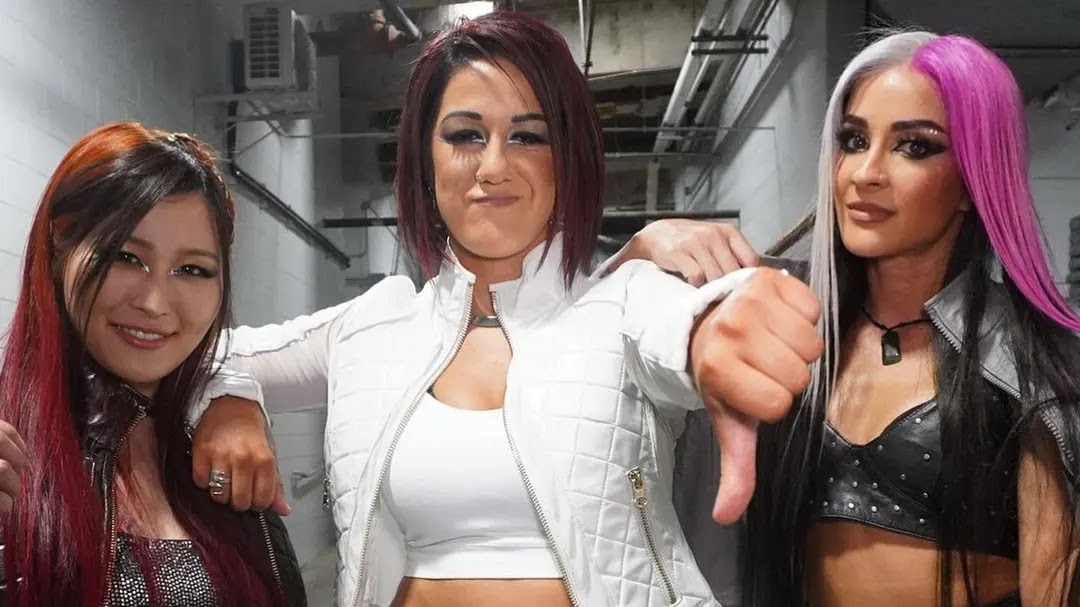 Bayley made her surprise comeback at WWE SummerSlam last night after Bianca Belair defeated Becky Lynch for the RAW Women’s Championship. But Bayley did not come alone, she returned with Dakota Kai and Iyo Sky.

Sky suffered an injury back in April at NXT Stand and Deliver and many speculated that she was done with WWE. Back in April Dakota Kai was released from the company and many believe that Triple H is behind her WWE return.

Fightful Select reported that Bayley’s new faction was pitched before Dakota Kai’s release and the idea was rejected by Vince McMahon at the time. McMahon has also rejected the idea of Raquel Rodriguez and Kay Lee Ray being part of Bayley’s faction.

It seems like Triple H has opposed Vince McMahon’s vision of WWE. That is why The Game brought back recently released NXT star, Dakota Kai.

Today, Bayley revealed the name of her faction on Twitter. She posted a picture of all three members of her group with the caption “CONTROL”.